The Twin Cities Series is a collaborative set of novellas written by a number of different authors including Drew Avera, J.B. Cameron, Kedrick Rue, and Theresa Snyder.

The people of Minnesota believe the twin cities to be Minneapolis and St. Paul, but what they don't realize is the name actually refers to a parallel dimension known as The Realms, where creatures of myth roam freely.

Humans stand only a dimensional barrier away from the most terrifying and horrible monsters imaginable, but there are a select few who answer the cries for help, who guard the world of mankind and keep it safe from harm.

The Realms can be a place of great danger, as well as great beauty, where love and loss can be sudden and significant, but make no mistake...in this world, humanity is just another word for powerless.

Pre-orders are available on Amazon and Smashwords for NIGHTFALL, the latest urban fantasy tale in The Twin Cities Series collection. Now you can catch a glimpse of the tale awaiting you inside the pages of this world-changing adventure. Enjoy the first chapter before the book's official release on November 19.

NIGHTFALL Available as ARC and Pre-Order 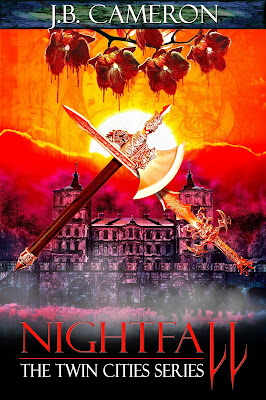 NIGHTFALL, the latest epic urban fantasy offering in The Twin Cities Series is now available at a special pre-order price of only $0.99 on Amazon and Smashwords. If you can't wait until November 19 to dip into this exciting yarn, the ARC is also now available on Booksprout.co for anyone willing to leave a review.

War has engulfed The Realms. One sparked by the abduction of the vampire lord Raven's young ward, a child whose mysterious powers are essential for his rule.

The conflict between the undead master and those determined to end his reign will shake the foundations of his gothic kingdom. Armies of trolls, Minotaur, goblins and vampires will clash in a deadly battle for supremacy.

With magic, might, and technology pitted against one another, the cost of defeat may be greater than anyone dared imagine. All that is certain is that nothing will ever be the same again, once NIGHT FALLS.

Posted by Unknown at 4:31 AM No comments:

Two new volumes of the "Shifting" Adventures in the Twin Cities Series will be coming out this summer.


Now is the time to pick up the first volume FREE!
It is a #1 Amazon Bestseller! 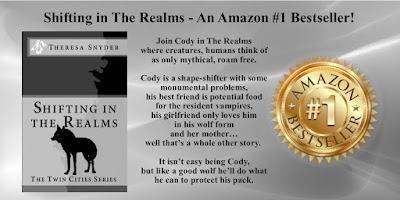 I know you are going to love these Shape Shifter books so much you will want to buy the whole series.

Get the first in the series FREE Click on the title, "Shifting in The Realms"

If you pick it up from this link, you will be informed when I release the next two in a 'dual release' this summer.

Want to read the rest of the series - "Shifting Agony & Ecstasy" and "Shifting Places?"

Pick them up from your favorite online retailer.
They are available everywhere.
You can find the links on my website. 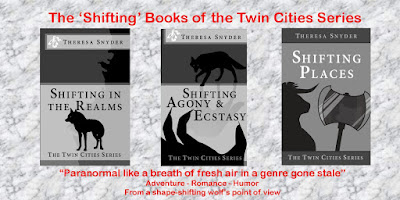 The season finale for our second season of books in The Twin Cities Series is currently being written. "Nightfall" will feature a cast of characters originally conceived by Drew Avera, Theresa Snyder, Kedrick Rue, and J.B. Cameron.

The exciting story promises to wrap up storylines originating from the very start of the series, prior to moving The Realms in exciting new directions with the next round of books coming your way. Don't miss it!

Posted by Unknown at 5:31 PM No comments:

Author Kedrick Rue was the recent subject of an interview on Smashwords. You can read it in its entirety here:

https://www.smashwords.com/interview/kedrickrue
Posted by Unknown at 11:57 AM No comments:

Now Available: The Siren Is Silent 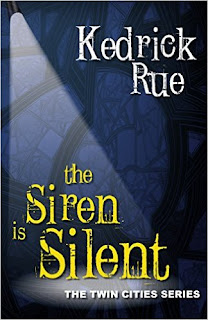 In the topsy-turvy world of the Realms, who is a semi-abstinent vampire to trust?

When Charles, a bloodsucker with only one victim to his name, is accosted by a homeless junkie claiming to be his wife, she calls into question all sorts of assumptions about his past. But who is telling the truth? Is it Bitsy, the Seer with the French manicure and the suburban McMansion, who's been trading flower arranging tips with a known enemy?

Is it Vivian, the junkie who knows too much?

Or is it the Raven, dark Master of the Realms, who for once seems to be on Charles's side?

Things only get murkier when the Raven entrusts Charles with a precious asset: a young girl named Delphine who seems to float through life as if in a dream.

Oh, well. Just another day in the Realms.

THE SIREN IS SILENT is the second book in the Sirens Trilogy, as well as being a part of the larger, multi-author Twin Cities Series.

Get your copy from Amazon: http://www.amazon.com/dp/B0196XBOW4

Posted by Unknown at 8:00 PM No comments:

Magpie & Jynx: The Lost and the Fallen Now Available! 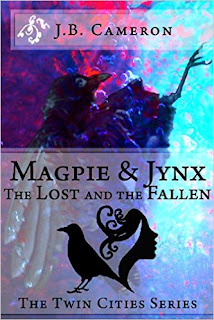 Get your copy of Magpie & Jynx's second riveting adventure. Now available on Smashwords and Amazon!

While helping a wounded half-troll escape the service of Raven, the vampire lord of the city, Magpie and Jynx find themselves caught up in a plot by his second-in-command, the devious vampire, Tabitha. Besieged in Marlon's magic shop by a shifter and an army of trolls, only an unexpected ally, previously concealed by the magic blanketing the city's core, can help them survive the long night.